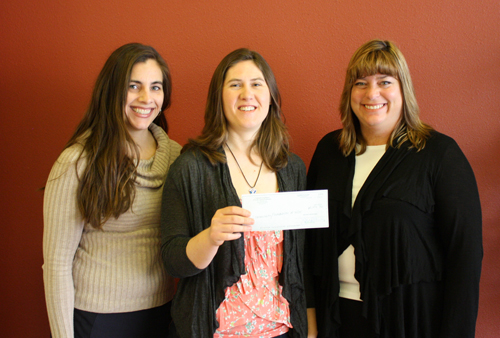 The Greater Wenatchee Parent-Child Preschool (GWPCP) has closed its doors and donated their remaining $62,000 in funds to the Classrooms Can! grant program at the Community Foundation of North Central Washington.

Through a partnership with the United Way of Chelan-Douglas Counties and funded by a grant from the Bill & Melinda Gates Foundation, Classrooms Can! provides funding for certified K-12 teachers in Chelan, Douglas and Okanogan counties that supports innovative classroom projects developed to better engage students, especially the hard-to-reach learner.

Founded in 1966, the GWPCP was formed to meet a need in the community that didn’t exist: a cooperative preschool model that included parent involvement. The preschool had to close its doors in September 2013 due to low enrollment, not because of any fiscal issues. The money came from families and businesses that supported the school and its mission. As a nonprofit entity, GWPCP was required to move any leftover funds to another nonprofit, and they felt supporting the Classrooms Can! program at the foundation was the best fit.

“Many of the kids from GWPCP are in the school system now”, said Suzi Graden, former board treasurer and parent. “We thought, wouldn’t it be great if our kids benefited from some of these grants?”

Another part of their decision was that the preschool’s model was “learning through play”. Classrooms Can! grants encourage teachers to develop projects that are interactive and make learning fun, getting kids excited about coming to school.

“We felt the grants serve the same purpose as the school did and would have a great impact” said Stacy Humphries, former board president and also a parent. “Plus, the Community Foundation has supported us for years. It was a good fit.”

Last year, Classrooms Can! awarded $47,000 in grants to schools across the region. The deadline for the 2014 grants was April 1st – recipients of those awards will be announced in May and projects will be implemented in the Fall of 2014. The funds received by the GWPCP will begin supporting projects in 2015.

Applications for the next round of awards will open in January 2015.