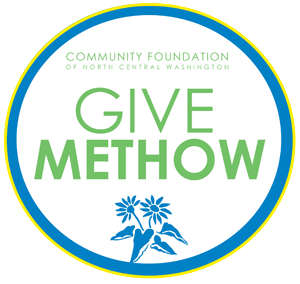 Give Methow, an online crowdfunding campaign hosted by the Community Foundation of NCW, has raised $207,737 for twenty-seven Methow Valley nonprofits. This is the second year of Give Methow. In 2015, the campaign raised over $185,000.

From October 1st through 31st, donations were made online at www.givemethow.org to support specific projects or general operations. Give Methow was open to any Methow Valley 501(c)3 nonprofit organization.

Over 1,500 gifts were received ranging from $10 to $35,000, coming from local supporters and as far as Florida, Virginia, Alaska, and others across the nation. A “stretch pool” of over $34,000 supported all organizations, as they received a percentage of the pool based on the amount their organization raised.

In addition, a total of $3,000 was disbursed through a weekly “Funday Monday” contest where one name was drawn from all of the donations given on each Monday of the campaign. The winner was given $500 or $1,000 to give back on Give Methow any way they chose.

“Crowdfunding is such a great way to reach people who want to give back to their community” said Beth Stipe, executive director. “Through our crowdfunding campaigns, you can learn about the work nonprofits are doing to shape our communities and give a little or a lot to support them – it’s an easy way to make an impact right where you live!”

The Community Foundation of NCW will soon be hosting another crowdfunding campaign, Give NCW, starting on Thanksgiving Day. Give NCW supports nonprofit organizations that have received a Regional Impact Grant from the foundation to fund a project or general operations, but need additional donations from the public to reach their goal.